The End: What went wrong, right, what broke, what would I change?

The End: What went wrong, right, what broke, what would I change?

Overall, I was really happy with the bike and my set up.  I didn't have any major regrets.  For me, the Husqvarna 701 is the perfect bike - light enough to pick up, powerful enough to cope with highway sections, and with suspension good enough to cope with the terrain.  For a more road-biased rider, it is compromised though.  The seat is uncomfortable if you actually have to sit on it for any distance - so get standing!

If I don't mention a piece of equipment below, that's almost certainly because I was very happy with it.  There's a list here of what I brought.

In terms of positives, I'd probably give an award to the Helinox Cot.  I'd never really used one before, always using thermarests, but it is so much more comfortable.  There's a bulk penalty (but not weight, I don't think), but it's not as critical on the bike as if I was hiking.  One aspect I hadn't truly appreciated is how forgiving it is of rougher ground.  When I had to pitch on less than perfect sites, even on slight slopes, the bed meant I didn't have an uncomfortable night.

The other bit of kit worth a particular mention is the camera on my iPhone 6s.  Several people have asked how I took these photos - they were all with the standard camera, no accessories, and minimal editing and colour balancing (e.g. cropping).  The best camera is the one you have to hand.  I would never have taken some of these photos with a camera that I couldn't carry immediately to hand, and the iPhone is really quite good.

However, what you really want to know is what went wrong, and what I might change.  In no particular order: 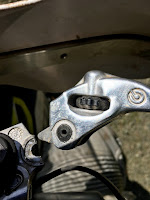 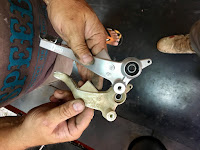 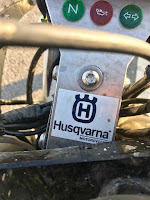 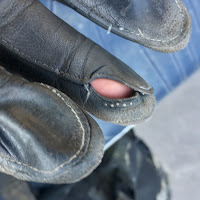 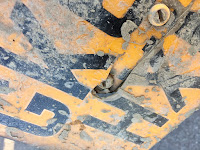 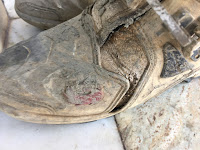 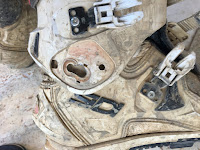 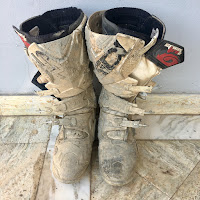 What would I improve, or do differently?
Finally, the route itself.
Posted by Chris at Saturday, September 02, 2017 5 comments:

Reflections on the Balkans & Romania

I've finished.  Reached the end of my Trans Euro Trail ride.  Sitting now in Bucharest, I thought it was worth jotting down some quick notes in terms of my reflections on the last few countries I've ridden through and the TET route across them.  This complements and updates my previous post on France and Italy. NB: There were virtually no route corrections to make on any of these days - it's a different style of trail-riding to ferreting out the legal bits in Western Europe.

I'm incredibly grateful to Roman Bale, Ivan Drobjnak, Ivan Gligorijevic and Jon Florea.  And overall, cannot understate my praise for John Ross.  I just could not have done this trip without their work.  I had no basis or knowledge on which to plot such a route myself.